Why do dogs smell butts? Dogs are known for their powerful sense of smell. So it’s no surprise that they love to sniff butts! Dogs may sniff butts as a way of communicating with other dogs, as a way of gathering information about the other dog, or as a way of showing dominance. Sniffing butts is also thought to be pleasurable for dogs, similar to how humans enjoy smelling flowers.

Why Do Dogs Sniff Butts?

So it’s no surprise that dogs love to sniff butts! There are different reasons as to why dogs sniff butts. Let us explore them below:

A way of communicating

Dogs may sniff butts as a way of communicating with other dogs. Dogs use sniffing as a way to say hello to another dog. When dogs meet for the first time, they will often sniff each other’s butts as a way of greeting one another. This is because dogs can learn a lot about another dog from its scent. For example, dogs can tell if another dog is male or female, what they have been eating, and even their mood.

A way of getting information

Dogs may also sniff butts as a way of gathering information about other dogs. When dogs sniff each other’s butts, they are able to gather information such as the other dog’s age, health, and reproductive status. This is because each dog’s butt contains glands that secrete chemicals that contain this type of information.

A way of showing dominance

A way of showing submission

In other cases, dogs may sniff butts as a way of showing submission to another dog. For example, if a young puppy meets an adult dog, he may sniff the adult’s butt as a sign of respect.

Dogs are social creatures that need to interact with other dogs in order to feel comfortable and secure. Sniffing butts is a way for dogs to get to know each other and figure out who’s in charge. Plus, it’s just plain fun!

But dogs don’t just greet other dogs by sniffing their butts. They also do this with humans! When dogs meet new people, they will often sniff their butt as a way of saying hello. Therefore, there is no reason to be offended if your dog sniffs your butt. It’s just their way of saying hi!

Yes, this is because dogs have a sense of smell that is up to 100,000 times more sensitive than ours. This means that they can pick up on all kinds of different smells, including the scent of other dogs’ butts. Plus, dogs have no other way of communicating with each other, so they use scent as a way to figure out who is who.

Why Do Dogs Sniff Human Butts?

There are a few different theories on this one. Let us explore them below:

Trying to figure out their owners’ mood

One of the main reasons why dogs sniff butts is because they are trying to figure out their owners’ mood. Dogs can pick up on emotional cues from the scent of their humans’ butts. For example, if you’re feeling stressed out, your dog may be able to tell by smelling your butt.

Figuring out what their owners ate

Another reason dogs sniff butts is because they are trying to figure out what their owners ate. Dogs have a keen sense of smell, and they can often tell what you’ve been eating just by smelling your butt.

It’s tough to say. While some dogs may seem to enjoy the scent of a human butt, others may not be as fond of it. It really depends on the individual dog. However, one thing is for sure: dogs will continue to sniff butts regardless of whether or not they like the smell.

Why Do Some Dogs Get Angry If Other Dogs Smell Their Butts?

There are a few reasons why this might happen. Maybe the dog is feeling threatened or maybe they just don’t like other dogs in their personal space. Either way, it’s best to make sure that all dogs are on good terms before letting them come near each other to smell one another’s butts.

Should I Be Worried If My Dog Keeps Sniffing Butts?

No, you should not be worried if your dog keeps smelling butts. Dogs have a strong sense of smell and they use it to learn about the world around them. Sniffing butts is just one way that dogs do this. However, if you’re ever concerned about your dog’s behavior, it’s always best to consult with a veterinarian or animal behaviorist.

Should I Stop My Dog From Sniffing Butts?

No, you should not stop your dog from sniffing butts. As we mentioned before, dogs use their sense of smell to learn about the world around them. Sniffing butts is just one way that dogs do this. This kind of behavior is not something you should be worried about. 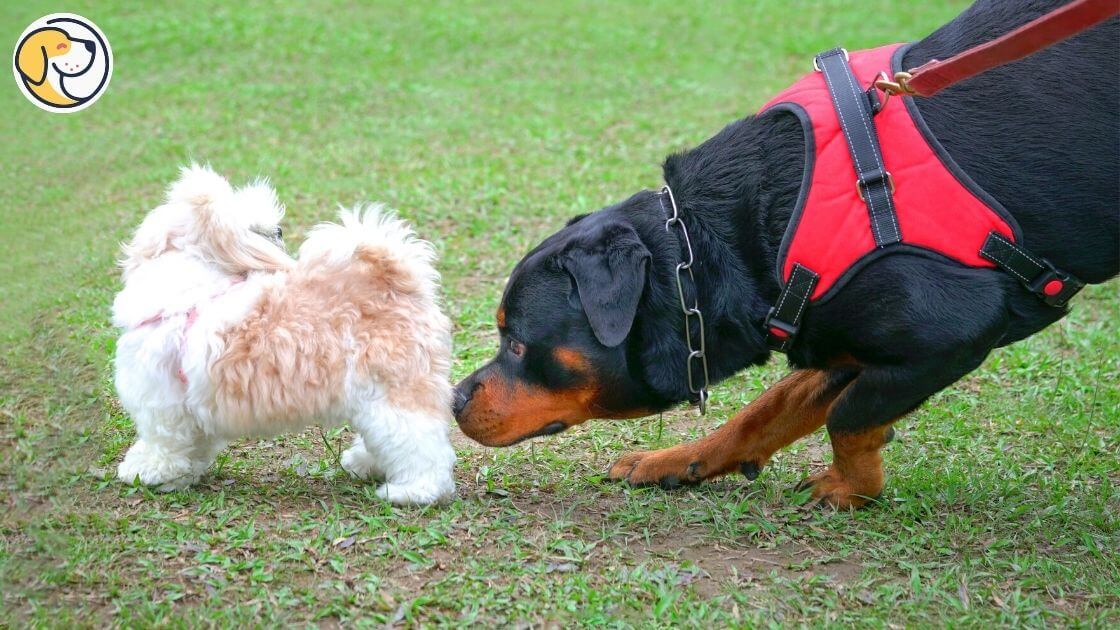 Why does my dog sniff my bottom?

Dogs sniff their owners’ butts for different reasons such as to show affection, to claim ownership, or simply because they like the way you smell.

Why do dogs smell private parts?

Dogs may smell other dogs’ private parts for reasons like reproduction, social dominance, or just because they are curious.

Why do dogs like to put their head between your legs?

Dogs like to put their heads between their owners’ legs to feel safe or just because it is fun to do.

Why do dogs sniff butts? Because they can! Dogs have a keen sense of smell and they use it to communicate with other dogs. So, if you’re ever curious about why your dog is sniffing another dog’s butt, just remember that they are probably just trying to say hello.

previous
Can Dogs Have Nectarine?
next
Why Do Dogs Eat Poop?