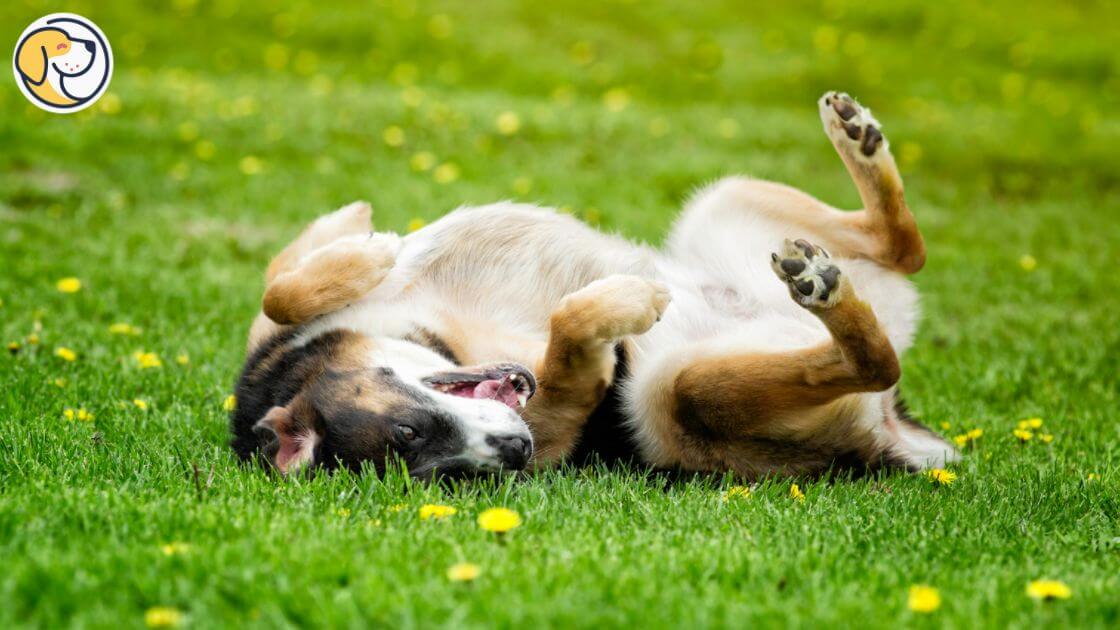 Our dogs do many things that may seem strange or unpleasant to us, humans, but are considered by veterinarians as “normal canine behavior”. One of these behaviors is when your dog is rolling around in poop. This may be unusual for us, especially since we don’t want a poop-covered dog in our house.

This behavior is common among dogs and you should be aware of the reasons why they do this and how you can stop this behavior if it is too much for you to handle.

Want to learn more? Stick around as we determine why dogs roll in poop.

Why Does My Dog Roll In Poop?

There has been no definitive reason as to why dogs display this behavior. Veterinarians come up with theories as to why they do this, let’s go through a few of them.

To Cover Up Their Scent

In domesticated dogs, this may be an instinctive behavior for them.

To Leave Their Tracks

If your dog rolls in poop, they might be leaving tracks for two reasons; one, is to mark their territory, and two, is to communicate with their pack.

When dogs mark their territory, you can usually see them do this by peeing in a tree or a plant. Your dog may roll around in poop since it has a stronger scent and as a form of inserting dominance to other dogs who come across the area.

When dogs roll in poop as a way of communicating with their pack, this may be a way of saying where they might have come from when hunting for food. Other members of the pack would trail the scent and return to the hunting site.

When your dog is outside with you and you’re not actively playing or spending time with the, most chances are that they might get bored. Your dog might roll around in poop to fight boredom or to gain your attention since it is an alarming sight for us.

This is a common, disruptive behavior among dogs when they are left on their own.

How Do I Stop My Dog From Rolling Around In Poop?

Keep Them Away From Poop

When you go out on a walk with your or go on your potty break routine, you can avoid them from rolling around in poop by steering clear from their or other animals’ poop. This method is easier if you keep your dog on a leash every time you go on a walk with them.

If you go out with your dog off-leash, you can teach them a few commands to stay away from things they usually roll around on or might eat. Commands like “leave it” are a great way for your dog to be trained and to associate the command with things they shouldn’t mess around with.

This routine can also teach you, as a dog owner, to clean up after your dog not only in your household or backyard but also in public places where you take your dog for a walk, like parks.

Actively Play With Them

FAQs About Why Dogs Roll In Poop

How Do I Get My Dog To Stop Rolling In Poop?

Why Do Dogs Roll On Their Backs In Poop?

Dogs roll on their backs in poop because they might be trying to cover up their scent, this is an instinctive behavior for domesticated dogs when they are hunting or avoiding predators. Dogs may also roll on poop because they are bored and they want to get your attention.

Why Does Pineapple Stop Dogs From Eating Poop?

Pineapple stops dogs from eating poop because pineapples have an unappealing smell and taste that dogs tend to avoid. Pineapple is a healthy addition to your dog’s diet, and it is a common solution for owners to use for their dogs that eat their poop.

What Breed Of Dogs Roll In Poop?

There has been no definitive reason as to why dogs roll in poop as well as what breeds tend to roll around in poop more often than other breeds. Rolling around in poop is normal canine behavior and is common on a lot of dogs.

We want our dogs to smell fresh and good which is why find it unpleasant when we see our dogs covered in poop. We should remember, however, that dogs rolling around in poop is normal behavior for dogs and one that we should take an effort in understanding before we try to change or stop it.