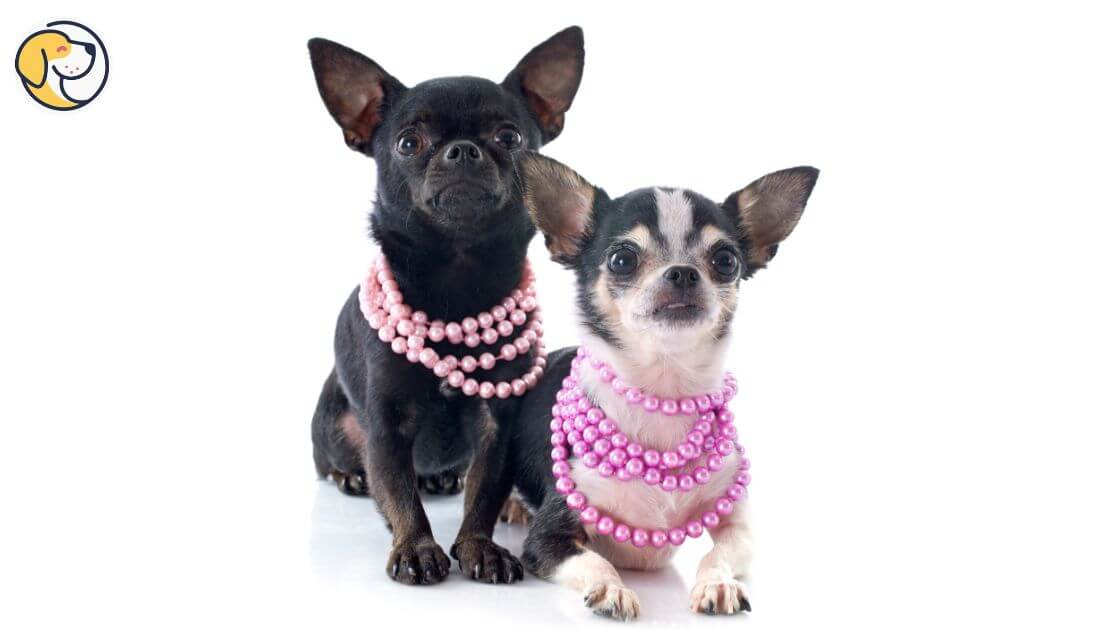 Chihuahuas are one of the most popular dog breeds in the world. What many people don’t know is that they were bred specifically for a purpose.

What were Chihuahuas bred for? In this article, we will explore the history of the Chihuahua and find out what they were originally used for.

What Were Chihuahuas Bred For?

The main reason why Chihuahuas were bred was to serve as companions for humans. They were also used as watchdogs since they are very alert and have a strong bark.

Nowadays, Chihuahuas are still popular companions for humans. They are also known to be one of the longest-lived dog breeds, with an average lifespan of 15 to 20 years.

Chihuahuas were originally bred in Mexico and are the smallest breed of dog in the world. They were named after the Mexican state of Chihuahua, where they were first discovered.

The Chihuahua is a descendant of the Techichi, which was a small, mute dog that was used by the ancient Mexicans for warmth, as well as for companionship and protection.

The Techichi was considered to be sacred and were often buried with their owners when they died.

When the Spanish conquistadors invaded Mexico in the 16th century, they brought with them toy breeds of dogs, which eventually bred with the Techichi to create the Chihuahua.

Today, Chihuahuas are one of the most popular breeds of dogs in the world and are known for their loyalty, loving nature, and big personalities.

Chihuahuas are good companion dogs because they are loyal, affectionate, and loving. They are also relatively easy to care for.

If you’re looking for a small dog that will be your best friend, a Chihuahua is a great choice. Just be prepared to give them plenty of love and attention!

However, there are some things you need to know about a Chihuahua before you commit to caring for one:

One of the downsides of having a Chihuahua is that they can be stubborn. They are also known to be independent and challenging to train.

If you’re not prepared to deal with a stubborn dog, a Chihuahua may not be the right breed for you.

Chihuahuas are known for their high-pitched “yapping” bark. While this can be cute, it can also be annoying, especially if you have neighbors who are close by.

If you live in an apartment or other close quarters, a Chihuahua may not be the best breed for you. However, if you’re prepared to deal with a yappy dog, a Chihuahua can make a great companion.

Just be sure to give them plenty of attention and training so they know when it’s appropriate to bark and when it’s not.

It’s in a Chihuahua’s nature to be loyal and protective of their human companions. However, if they don’t socialize with other people and animals from a young age, they can become aggressive.

If you’re looking for a dog that will get along well with other people and animals, a Chihuahua may not be the right breed for you. However, if you’re prepared to socialize with your Chihuahua from a young age, they can make a great companion.

4. Chihuahuas Are Not Good With Kids

Chihuahuas are not good with kids. They can be aggressive and territorial, and they are also very fragile.

If you have kids, a Chihuahua may not be the right breed for you. However, if you’re prepared to socialize your Chihuahua from a young age and teach your kids how to handle them gently, they can make great companions.

5. Chihuahuas Are Hard To Train

Chihuahuas are hard to train. They are independent and stubborn, and they don’t respond well to negative reinforcement.

If you’re looking for an easy-to-train dog, a Chihuahua is not the right breed for you. However, if you’re prepared to put in the time and effort to train your Chihuahua, you will have a well-trained dog in no time!

These are the most important things you need to know about Chihuahuas before you decide to get one. They are great companion dogs, but they require a lot of love and attention.

If you’re prepared to give your Chihuahua the time and attention they need, they will fill your life with love and companionship!

Can a Chihuahua Be Used as a Guard Dog?

Yes, a Chihuahua can make a good guard dog. They are loyal to their family and will bark at strangers. However, they are not aggressive dogs and will not attack anyone unless they feel threatened.

While they may be small, Chihuahuas make great guard dogs and will protect their family from any perceived threat. So if you’re looking for a loyal and protective companion, a Chihuahua may be the perfect dog for you.

What was the purpose of a Chihuahua?

The main purpose of the Chihuahua was to be a companion dog. They were bred to be small so that they could easily be carried around and were also known for being very loyal and attached to their owners.

What two dogs were bred for Chihuahuas?

While there is some debate about the breed’s origins, most historians believe that the Chihuahua is a descendant of the Techichi, a small, hairless dog that was kept by the Aztec people.

However, some experts believe that the Chihuahua is actually a cross between the Techichi and the Chinese Crested, a small, hairless dog from China.

Are Chihuahuas descended from foxes?

No, Chihuahuas are not descended from foxes. The rumor likely started because of the similarities in appearance between the two animals.

Were Chihuahuas bred to hunt rats?

No, they were originally bred for companionship. However, Chihuahuas were later used as ratters because of their small size and ability to fit into tight spaces.

No, Chihuahuas do not share DNA with wolves. Wolves are much larger animals and belong to the Canidae family, which also includes dogs, foxes, and coyotes.

Were Chihuahuas bred for hunting?

No, Chihuahuas were not bred for hunting. They are too small to be effective hunters and were originally bred for companionship.

Were Chihuahuas bred for food?

No, Chihuahuas were not bred for food. They are too small to be considered a viable source of food and were originally bred for companionship.

So, what were Chihuahuas bred for? Chihuahuas were originally bred for companionship.

These days, they make excellent companions and are also popular show dogs. While they may be small, Chihuahuas are full of personality and spunk.

If you’re thinking of adding a Chihuahua to your family, be prepared for lots of love and laughter.

previous
How To Clean a Chihuahuas Ears?
next
How Much Is a Long Haired Chihuahua?