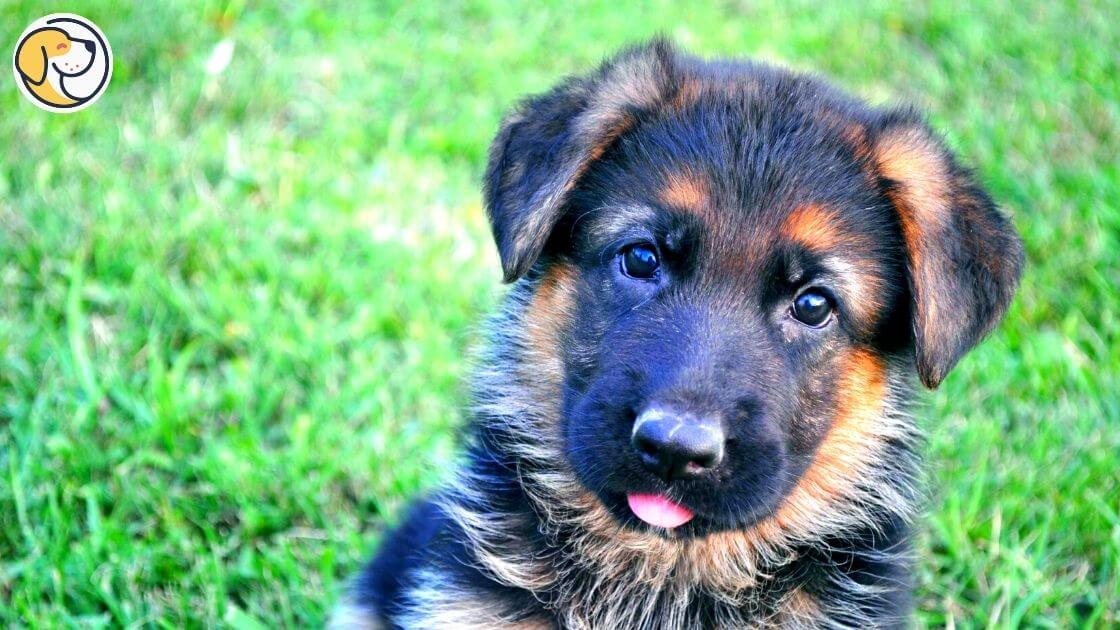 Baby German Shepherds look very similar to their adult counterparts, except they are smaller in size and have softer, less-developed features. As they mature, German Shepherds will continue to fill out and develop their signature muscular physique. However, regardless of their size or coat color, all German Shepherds share the same proud and noble expression that is characteristic of the breed.

German Shepherds are one of the most popular dog breeds in the United States. They are loyal, intelligent, and trainable, making them ideal companions for families and individuals alike. German Shepherds typically have a strong, muscular build and a thick coat of fur that can be either short or long. The breed standard dictates that German Shepherds should have black or brown fur, although some may have white markings on the chest or toes.

If you’re thinking about getting a German Shepherd, it’s important to know what you’re getting into. They are a high-energy breed that needs a lot of exercise and training. But if you’re up for the challenge, a German Shepherd can be a great addition to your family.

Does The Color Of A Baby German Shepherd Change As It Grows?

Yes, the color of a baby German Shepherd’s coat can change as they grow older. For example, a black German Shepherd pup may eventually turn into a black and tan adult. So if you’re looking for a particular color or markings in your German Shepherd, keep that in mind when choosing a puppy.

It’s important to remember that these color changes can happen gradually, so don’t be alarmed if you notice a slight change in your pup’s coat color over time.

German Shepherds are one of the most popular breeds of dogs, prized for their intelligence, loyalty, and strength. However, they are also known for their large size, which can sometimes be a bit overwhelming for new dog owners. So, how long do baby German Shepherds stay small?

Generally speaking, German Shepherds will remain in the “puppy” stage for about 18 months. During this time, they will grow rapidly, gaining up to 2 pounds per week. By the time they reach adulthood, German Shepherds typically weigh between 50 and 80 pounds. However, some individuals may be on the larger or smaller side of this range.

While they may be small now, baby German Shepherds will eventually grow into their large size. For this reason, it is important to make sure that you have the space and resources to care for a full-grown dog before bringing one into your home. With proper care and training, a German Shepherd can be a wonderful addition to any family.

Is It Hard To Care For A German Shepherd Puppy?

Caring for a German Shepherd puppy requires plenty of patience and consistency. Puppies need to be socialized from an early age in order to prevent behavioral problems later in life. They also need plenty of exercises, both mental and physical, in order to stay happy and healthy.

In addition, German Shepherd puppies are notorious chewers, so it is important to provide them with plenty of toys and chew bones to keep them occupied. With proper care, a German Shepherd puppy can grow into a well-adjusted adult dog that is a joy to be around.

How do you tell if your puppy is a German Shepherd?

There are a few ways to tell if your puppy is a German Shepherd. One way is to look at the color of their coat. German Shepherds typically have a black and tan coat, although there are some that may be all black or all white.

At four weeks old, German Shepherd puppies are starting to look more like their adult selves. They will have the black and tan coat that is characteristic of the breed, and their ears should be pointing up. German Shepherds are a large breed, so four-week-old puppies may already be on the larger side.

How big is an 8-week-old German Shepherd puppy?

So, what does a baby German Shepherd look like? They are usually born with a black and tan coat, though some may be all black or all white. They are small at first, but they grow quickly! German Shepherds are loyal, protective dogs that make great family pets. If you’re thinking of getting a German Shepherd, do your research to make sure they are the right dog for you.