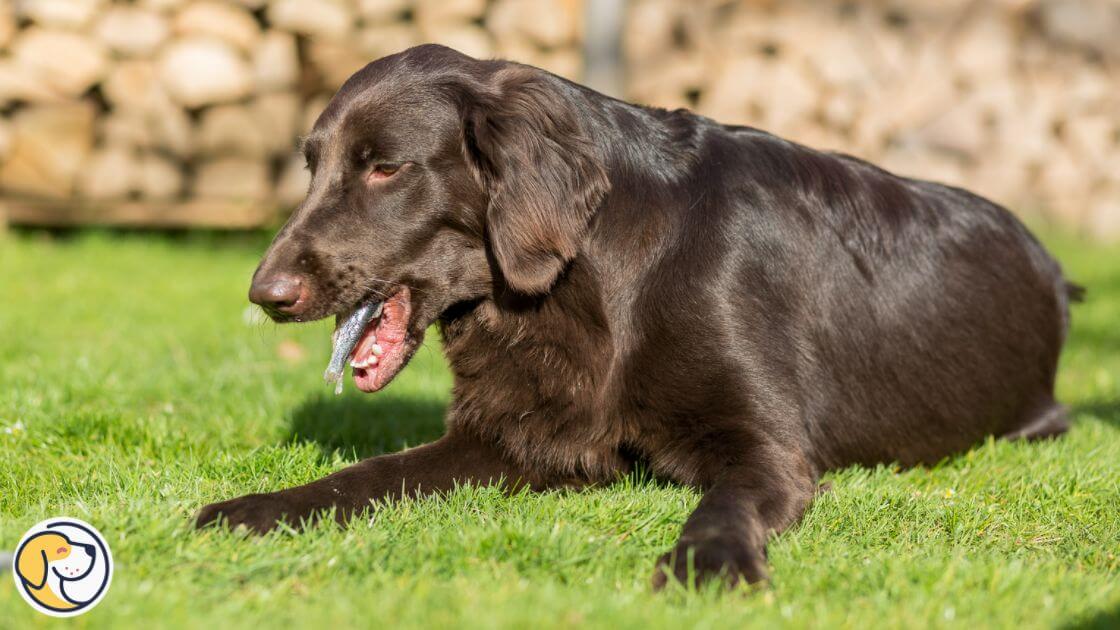 Dogs eat almost anything they can get their paws on, and sometimes they eat something that they shouldn’t. Situations like this require immediate action like having your dog throw up. A lot of dog owners, however, lack the proper knowledge on how to execute it safely.

As dog owners, we must know how to perform it, when and when not (yes, there are instances where vomiting can worsen the situation) to perform it, and what tools we can use.

A little confused? Stick around as we determine how to make a dog throw up.

When Should I Make My Dog Throw Up?

Dogs, especially puppies, chew on almost anything, oftentimes they might even swallow it. Inducing vomiting would be a good option for you so you can save your dog from poisoning or damaging its digestive tract.

You should make your dog throw up if your dog swallowed a foreign object that can be toxic to them, like grapes, onions, chocolate, human medicine, or even metal objects with zinc. Even if you didn’t see that your dog has swallowed something they shouldn’t but you see evidence of it or if you suspect that they did, induce vomiting and monitor your dog for any signs of poisoning.

Poisoning symptoms may include diarrhea, seizures, tremors, dehydration, and lethargy.

If such a situation occurs, immediately contact your vet for professional advice and rush your dog to the vet clinic.

How To Make My Dog Vomit?

Fortunately, we can induce vomiting to our dogs at home using household items. It is important, however, to contact your vet beforehand for professional advice. To know how to make a dog vomit, it is important to determine what household items you can use so you won’t mistakenly make your dog ingest something that has chemicals that are toxic to them.

Let’s determine what you can do or use to make your dog vomit safely.

How To Make My Dog Vomit Using Hydrogen Peroxide

The advised dosage would be 1 teaspoon of 3% hydrogen peroxide per 5 pounds of your dog’s body weight. Drop the solution into your dog’s mouth and massage its throat afterward. You may see the discomfort in your dog’s face as they might get nauseated, but it would be a normal reaction as vomiting would come after.

How To Make A Dog Vomit Using Baking Soda

Like hydrogen peroxide, baking soda is generally safe for dogs unless ingested in large amounts, so you should use it with caution.

FAQs About How To Make A Dog Throw Up

How To Make My Dog Vomit Without Hydrogen Peroxide?

How To Make A Dog Throw Up With Fingers?

Dogs don’t have a gag reflex like we, humans, do. So you shouldn’t induce your dog to vomit using your fingers or else you might end up damaging their throat. Instead, you can use household products that are proven to be safe for the dog when inducing vomiting like hydrogen peroxide.

How To Make A Dog Vomit With Salt?

You should never give salt to your dog under any circumstance. Salt is highly toxic for dogs and large ingestion in dogs can result in health problems such as dehydration and worst cases, death.

How To Make My Dog Vomit After Eating Something Bad?

What Foods Make Dogs Throw Up?

A lot of human food can make dogs sick like chocolate, onions, garlic, and coffee, and a side effect would make them nauseated and vomit, but this would lead to even more harmful health problems like food intoxication, lethargy, seizures, and even death. Consult with a vet beforehand for professional recommendations.

How To Make A Dog Vomit With Baking Soda?

Baking soda can be harmful to dogs if ingested in large amounts. The general dosage would be 1 teaspoon of baking soda mixed with half a cup of water, however, it is advisable to consult with a vet for a dosage recommendation.

What Are The Side Effects Of Giving Dog Hydrogen Peroxide?

Hydrogen can be harmful to dogs if ingested in large amounts, so you should use it with caution. Ingestion of large amounts in dogs can cause side effects such as stomach illnesses like inflammation of the stomach, ulceration, and bleeding. If you see your dogs displaying said side effects, contact your vet immediately.

How To Make A Dog Throw Up Chocolate?

The most common and safest way to make a dog throw up, especially if they ate chocolate which is toxic to dogs, is by using hydrogen peroxide. You should only use a 3% hydrogen peroxide solution since higher concentrations can be harmful to your dog. The advised dosage would be 1 teaspoon of hydrogen peroxide per 5 pounds of body weight.

The most common tool to use when making a dog throw up would be a 3% hydrogen peroxide solution but it should be used with caution. This method can be a bit nauseous for dogs, but it is a small price to pay for their lives. However, you should also remember when and when not to make your dog throw up.

previous
Trazodone for Dogs
next
What Does It Mean If My Dog Is Constantly Scratching And Biting Himself?