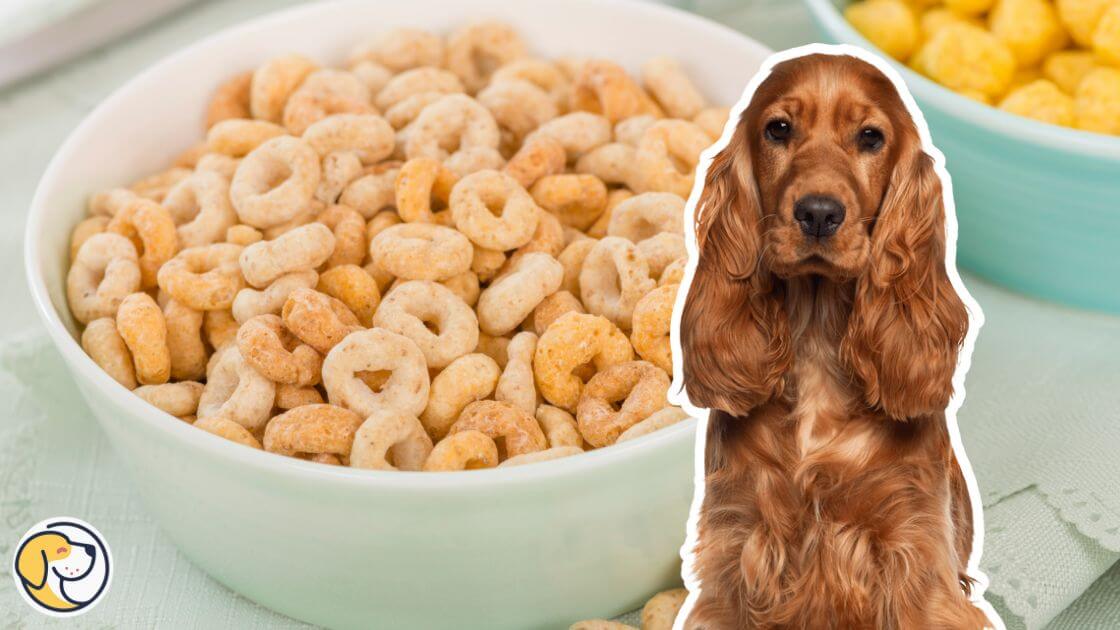 A lot of us love to chow down on Cheerios, oftentimes we get clumsy and drop a few of them on the floor. Dogs would eat anything they can get their paws on, and chances are they would eat a few Cheerios that you dropped.

Are Cheerios safe for dogs to eat? Does it have ingredients that are safe for them to eat?

Stick around as we determine whether dogs can have Cheerios.

Should I Give My Dog Cheerios?

The short answer is that it isn’t advisable. As mild as the ingredients are and as low as its sugar content is, it can still be harmful to dogs if given in large amounts. It won’t necessarily harm your dog, but it wouldn’t have much nutritional value for your dog either.

You can give it to them as a treat but should be given occasionally and not as a part of their diet. Feeding them Cheerios would only make them eat unnecessary calories and fat. You should have your dog eat food where they can get their daily required nutrients from.

Do Cheerios Have Nutritional Value For Dogs?

No, Cheerios do not have nutritional value for dogs. It may be nutritional for humans since it is low in carbohydrates, sugar, and preservatives, but it doesn’t provide more nutrients than that for your dog. Cheerios are made from whole-grain oats which do not give much to your dog, and feeding them to your dog would be like feeding them extra calories.

Are Cheerios Good For Dogs?

Cheerios can be a good, occasional treat for your dog, but it shouldn’t be a part of their diet. Feeding them too many Cheerios would only make them eat unnecessary calories. Plain Cheerios would also be a better treat for them since it doesn’t contain artificial flavorings.

If your dog has constipation or diarrhea, Cheerios would help your dog with diarrhea or constipation, because Cheerios are high in fiber which can help in absorbing water in your dog’s stool and would pass through their system easier.

Are Cheerios Bad For Dogs?

Cheerios are bad for dogs if it is fed to them too much. Since Cheerios does not contain beneficial nutrients for your dog, you are only making them eat extra calories and fat.

Other than that, Cheerios aren’t exactly bad for your dog. It is best to just avoid them and feed them more nutritious food or treats.

Can My Dog Have Plain Cheerios?

Yes, your dog can have plain Cheerios. It is even advisable to give them plain Cheerios because it wouldn’t have too much sugar and artificial flavorings. It should still be given as an occasional treat since it doesn’t give them any nutritional benefits.

Can My Dog Have Flavored Cheerios?

How Much Cheerios Should I Give My Dog?

Since Cheerios are best given as a treat, you can slowly introduce them to them in small amounts, at most a fourth of a cup occasionally. More than that can upset your dog’s stomach, especially if it is new to them, and may lead to diarrhea or vomiting.

FAQs About Can Dogs Have Cheerios

How Many Cheerios Can A Dog Eat?

A dog can eat up to a fourth of a cup occasionally. It is best to give it to them as an occasional treat since it doesn’t provide them with beneficial nutrients. Feeding them too many Cheerios would make them eat unnecessary calories and may upset their stomach.

Nut Honey Cheerios do not have nutritional value for dogs and would give your dog unnecessary calorie intake. Plain Cheerios are best to be given as an occasional treat for your dog because their bland taste wouldn’t overwhelm them.

What Cereals Can Dogs Eat?

Dogs can eat cereals that are bland and plain since they wouldn’t overwhelm your dog’s taste buds. Cereals such as Cheerios, Corn Flakes, Rice Chex, Rice Krispies, and more, are cereals that come in plain flavoring, but all wouldn’t give too many nutritional benefits for dogs.

What Is The Healthiest Treat For Dogs?

The healthiest treat for dogs is raw fruits and vegetables that are proven to be safe for them to eat, which include apples, carrots, watermelon, bananas, and more. You should only give it to them in moderation because too much of them might lead to .heath problems such as diabetes.

Can I Use Cheerios To Train My Puppy?

You can use Cheerios to train your puppy, but it isn’t advisable. Some training may be hard for dogs to catch on to and might require to have a lot of treats. Cheerios do not have nutritional benefits for your dog and contain empty calories and you’d be feeding them more calories than they need to.

There are better and healthier alternatives to treats that you can give to your dog, rather than Cheerios. They do not contain beneficial nutrients for your dog it would have them intake unnecessary calories. If you are unsure of what treats to give them, contact your vet for a professional recommendation.
Learn more about the what’s and how’s about your dog at Doggos Daily, where we provide you with all the information that you’ll need.

previous
How To Train A Dog?
next
Is There A Leash Law For Dogs?